Depressive symptoms in patients with essential tremor are not significantly associated with the tremor itself, suggesting that other underlying mechanisms may be at play that drive the depressed emotional response, according to study findings published in Parkinsonism and Related Disorders.

Approximately 20% of patients in this cohort were considered clinically depressed based on GDS criteria. In addition, 42% of participants demonstrated some level of cognitive dysfunction as represented by ≥24 on the MoCA Scale, whereas impairment of activities of daily living were observed in 15.3% of patients (IADL score <7). In terms of self-reported depression, there were no significant differences between patients with mild cognitive impairment (mean [M] = 7.59; standard deviation [SD] = 6.05), dementia or cognitive impairment (M = 7.61; SD = 6.55), or patients considered cognitively normal (M = 6.08; SD = 4.77) (F [2220] = 1.78; P =.17).

The investigators found no association between the GDS score and tremor severity in this population (Spearman’s r = 0.09; P =.18). In addition, there were no logistic (odds ratio 0.97; P =.83) or linear (b = 0.004; P =.97) associations between the tremor and GDS scores following adjustments for baseline patient characteristics. Finally, patients with higher levels of cognitive impairment had more depressive symptoms (Spearman’s r = 0.15, P =.03). Also, higher rates of depression (Spearman’s r ¼ 0.19; P =.02) and tremor (Spearman’s r ¼ 0.37; P <.01) significantly correlated with increased levels of disability.

Considering this was a cross-sectional analysis, the investigators were unable to determine directionality of the symptoms. In addition, the lack of a control group as well as the exclusion of other neuropsychiatric symptoms than depression further limited the analysis.

To improve outcomes in patients with essential tremor, the investigators suggest that these patients “may benefit from screening of depression and treated if indicated.” 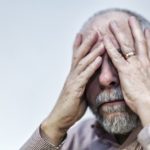