The Protein, Leucine and Vitamin D Enhancing Rehabilitation (PRO-LEADER; ClinicalTrials.gov Identifier: NCT03124277) study, a bicentric, pragmatic, randomized, and assessor-blind controlled trial, was developed by investigators to evaluate the efficacy of muscle-targeted nutritional supplement support on MIRT functional outcomes of patients with Parkinson disease or parkinsonism (n=150). Patients were admitted to 1 of 2 rehabilitation care hospitals to treat reduced walking capacity, postural instability, or gait disturbances, and given a standard hospital diet with or without the twice-daily whey protein-based oral liquid supplement.

The study limitations included the absence of an isocaloric placebo group and the use of bioelectric impedance analysis. Nevertheless, study investigators concluded that,“[o]verall, the use of muscle-targeted nutritional support may be proposed to patients as an integral part of MIRT in this patient population.” They do, however, caution that, “conﬁrmatory studies are required.” 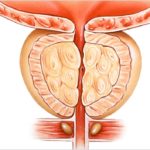