A study published in Parkinsonism and Related Disorders demonstrates that the enhanced Scale for the Assessment of Positive Symptoms in Parkinson disease (eSAPS-PD), a clinical interview based on the SAPS-PD that includes additional questions about delusions as well as about olfactory, gustatory, and minor hallucinations, improves identification of psychotic symptoms in PD.

A total of 199 consecutive outpatients with PD were included in this cross-sectional analysis. Participants were administered the Unified Parkinson Disease Rating Scale and the Non-Motor Symptoms Questionnaire as well as the eSAPS-PD.

Compared with all other assessments combined, the eSAPS-PD identified more participants with psychotic symptoms (55 vs 22, respectively). Participants categorized as PD psychosis-minor had a higher burden of nonmotor symptoms on the Non-Motor Symptoms Scale (37 vs 18, respectively; P <.001) as well as lower scores in quality of life (PD Quality of Life Questionnaire, 138 vs 149, respectively; P =.01) compared with PD controls.

Because the study cohort was comprised of primarily highly educated participants with preserved cognitive function, findings may not generalize across the larger PD population.

Findings from this study “demonstrate the utility of a comprehensive scale such as the eSAPS-PD to identify this at-risk population, even when there is no clinical suspicion of psychotic symptoms.” 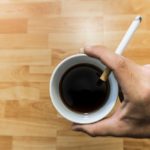