A new proof-of-concept study published in JAMA Neurology demonstrated the safety and efficacy of overnight treatment conversion from tetrabenazine to deutetrabenazine in patients with Huntington disease (HD).

Tetrabenazine (Xenazine; Valeant), a VMAT2 inhibitor, was the first drug approved by the Food and Drug Administration (FDA) for treatment of chorea associated with HD, however, it has been associated with tolerability issues due to high peak plasma concentrations and large plasma fluctuation. Deutetrabenazine (Austedo; Teva), another VMAT2 inhibitor, was approved in April 2017. A study (First-HD) evaluating the safety of deutetrabenazine found that it provided significant chorea control and motor improvement along with a favorable safety profile in comparison to placebo; this was attributed to its pharmacokinetic profile.

The data showed chorea control was maintained at Week 1 and showed significant improvement by Week 8 (mean change 2.1; P <.001). Regarding safety and tolerability, deutetrabenazine was well tolerated with low incidence of neuropsychiatric adverse events. Moreover, subclinical toxicity was not reported with the use of deutetrabenazine. 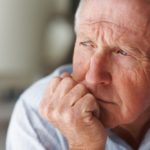