The US Food and Drug Administration (FDA) has accepted for review the New Drug Application (NDA) for ADS-5102 (amantadine extended-release capsules; Adamas) for the treatment of levodopa-induced dyskinesia (LID) in patients with Parkinson’s disease.

The NDA submission was based on data from 3 placebo-controlled trials, EASED, EASE LID and EASE LID 3, which evaluated the safety and efficacy of ADS-5102 in Parkinson’s disease patients with LID. Results showed that patients treated with ADS-5102 demonstrated a primary reduction of LID and a secondary reduction in OFF time, as well as a manageable and tolerable safety profile. In addition, data from an ongoing safety trial, EASE LID 2, also supported the NDA.

The FDA has set a Prescription Drug User Fee Act (PDUFA) target action date of August 24, 2017, to make a decision on the NDA. If approved, ADS-5102 will become the first and only drug therapy for Parkinson’s disease patients with LID.

ADS-5102 is a chrono-synchronous amantadine therapy administered once daily at bedtime to time the delivery of amantadine drug levels to waking hours when LID episodes are most frequent. 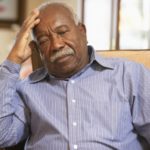 Developing a Model for Predicting Cognitive Impairment in Parkinson’s