Numerically, the most important genetic risk factor for the development of Parkinson disease (PD) is the presence of a glucocerebrosidase gene (GBA) mutation.

The purpose of this study was to evaluate longitudinally and clinically a GBA mutation–positive cohort and the evolution of the prodromal features of PD.

This study indicates that, as a group, GBA mutation–positive individuals show a deterioration in clinical markers consistent with the prodrome of PD. Within this group of individual, 10% appear to be evolving at a more rapid rate. 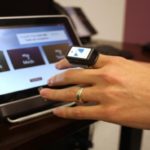