HealthDay News — Glitazones may be neuroprotective against Parkinson’s disease, according to research published in PLOS Medicine.

This suggests that any benefit wears off once a person goes off the drugs, according to the team led by Ruth Brauer, MD, of the London School of Hygiene & Tropical Medicine in London. 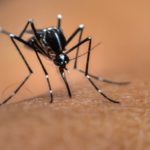