In the course of Parkinson’s disease (PD), the enteric nervous system (ENS) and parasympathetic nerves are amongst the structures earliest and most frequently affected by alpha-synuclein pathology. Accordingly, gastrointestinal dysfunction, in particular constipation, is an important non-motor symptom in PD and often precedes the onset of motor symptoms by years.

Recent research has shown that intestinal microbiota interact with the autonomic and central nervous system via diverse pathways including the ENS and vagal nerve. The gut microbiome in PD has not been previously investigated. 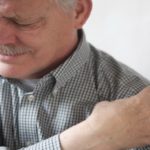