The figurative language patients with Parkinson disease (PD) used to describe OFF periods is not uniformly interpreted and understood by neurologists, according to study findings published in Neurology: Clinical Practice.

To aid communication between patients and clinicians, study researchers sought to understand how patients describe OFF periods, or the reemergence of motor and nonmotor symptoms as the effect of dopaminergic therapy wears off.

They invited US patients taking at least 1 PD medication who participated in the Fox Insight study to describe their experiences of OFF periods. They identified which of 2110 responses used figurative language, medical terminology, and literal descriptions, and then they generated themes.

Three neurologists who are movement disorder specialists generated a list of common PD symptoms that could occur during OFF periods and then classified the figurative language phrases used by patients as representing a symptom from this list. They were able to add additional symptoms. Finally, they were required to specify the one symptom most likely to match the patient’s phrase.

The most common themes included references to materials with specific qualities, such as mud or gelatin (18.35% of phrases) and effects of chemicals, such as feeling drunk or high (17.43%).

The neurologists most frequently selected motor symptoms (51 cases) as what they thought the figurative language phrases most likely represented: slowness was selected by at least 1 neurologist for 29 (26.6%) phrases, stiffness for 29 (26.6%) phrases, and tremor for 15 (13.8%) phrases. Among nonmotor symptoms selected, akathisia/restless (12, 11.0%) and concentration problems (12, 11.0%) were most common.

The proportion of phrases with complete agreement between neurologists as to the specific symptom represented was significantly lower in instances where all neurologists selected a nonmotor vs a motor symptom (10, 9.2% vs 32, 29.4%; P =.0002).

Limitations of the study included inability to ask the participants what they meant by the figurative language phrase used as well as the relatively high education and low diversity of the sample.

Study researchers concluded that figurative language used by patients with PD is not uniformly understood by specialists and that, “[given] the subjective interpretation of figurative language, exploring what patients are trying to convey when they employ such language is important and could improve patient-physician communication.” 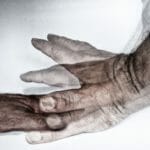