HealthDay News — There is a significantly increased risk of Parkinson disease (PD) in patients with inflammatory bowel disease (IBD), according to a study published online May 21 in Gut.

Marie Villumsen, Ph.D., from Bispebjerg and Frederiksberg Hospital in Copenhagen, Denmark, and colleagues used data from a nationwide population-based cohort study involving all individuals diagnosed with IBD in Denmark between 1977 and 2014 (76,477 participants) and non-IBD individuals (7,548,259 participants) who were comparable in terms of age, gender, and vital status. Comparisons were made between the groups for the incidence of PD and multiple system atrophy (MSA).

“This nationwide, unselected, cohort study shows a significant association between IBD and later occurrence of PD, which is consistent with recent basic scientific findings of a potential role of gastrointestinal inflammation in development of parkinsonian disorders,” the authors write. 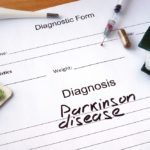