Despite advances in neuroimaging, an exam by an experienced movement disorder specialist is still the gold standard for diagnosing Parkinson’s disease. Monitoring progression and response to treatment is also clinical, and the best tool to do so is the Unified Parkinson’s Disease Rating Scale (UPDRS). Now, new technologies, like motion sensors, are being explored as tools to improve Parkinson’s diagnosis and monitoring.1

“Diagnosing and monitoring Parkinson’s disease is complicated. The disease can be present for many years before symptoms become evident. In some cases, symptoms get progressively worse. In some cases, they may not. I am enthusiastic about motion-sensing technology but not convinced that there is much clinical application yet.”

“Clinical signs and symptoms, like slowed movement, stiffness, and change in facial expression, are usually diagnostic. Neuroimaging can be important when there are unexpected findings. For example, not everyone with Parkinson’s has tremor, and not all tremor is Parkinson’s,” said Michelle A. Burack, MD, PhD, clinical neurologist and researcher at the University of Rochester Medical Center in New York.

“UPDRS is a clinical tool we can use for gauging the severity of the disease, not for diagnosing the disease. Imaging studies are important, but they are expensive and not always available,” said  LeWitt.“UPDRS is great for patients in clinical trials, but it does not tell us anything about the activities of daily living,” Burack added.

UPDRS is a cumbersome tool with multiple sections and 199 available rating points.2 Neuroimaging, on the other hand, can detect the loss of dopamine neurons in the substantia nigra. PET scanning using radioactively labeled 18-fluorodopa is extremely sensitive to changes in the number of dopamine cells and could be used as a monitoring or diagnostic tool, but the benefit does not justify the expense.

If you have used your smartphone to measure how many footsteps you take during a day, you have used motion sensor technology. Burack is part of a team using a tablet-based device to measure dyskinesia in Parkinson’s patients taking levodopa.3

“Levodopa is the only medicine we have to treat Parkinson’s. After about five years, patients develop motor fluctuations. Too little medication results in slowing. Too much results in dyskinesia. The main goal in monitoring is to stabilize movements. I may see a patient in the morning and determine that the dose is right, but 30 minutes later dyskinesia may develop,” Burack said.

The tablet device, called the Kinesia HomeView, allows patients to take UPDRS-type motion performance tests while wearing a motion sensor on their finger. The tablet includes video instructions and built-in reminders to take the tests and medications, and gives the patient’s physician access to a report on the testing via a web portal. 3

LeWitt was part of a group that studied the accuracy of motor assessment using Kinesia in a 2014 study that was published in Parkinsonism & Related Disorders. Eighteen patients performed tasks for evaluating tremor and finger-tapping speed. The tasks were performed with and without deep brain stimulation to see if small changes in treatment response could be detected. Compared to clinician ratings, the researchers found that Kinesia was better at detecting small changes in movement than the clinicians.4

The Microsoft Kinect sensor is another potentially low-cost solution for monitoring Parkinson’s. The technology, based on videogames that use body movements, was evaluated in a 2014 study published in the journal Gait & Posture assessed the accuracy of Kinect in measuring clinically relevant movements in nine people with Parkinson’s disease.5

Data from the study showed that Kinect could eventually be an accurate way to monitor Parkinson’s disease at home, however the system has only been used for monitoring mild to moderate Parkinson’s disease. It is unknown whether it will be useful for measuring dyskinesia, tremor, or rigidity, and a more user-friendly software still needs to be developed.5

The PKG Data Logger is an FDA-approved wrist device that records movement data and uses a digital accelerator to collect data over 10 days. A mathematical algorithm converts the data into clinical measurements that can be viewed on a tablet. The device can also alert patients when to take their medications.6

“We can get lots of data with all these devices, but we still need to show we can get data into useful clinical form. Eventually, they may become useful monitoring tools. That will take the burden off the patients. For now, what patients tell their doctors about their symptoms at home during activities of daily living is what we have to work with,” said Burack. She and her team will be starting a pilot study on the Kinesia tablet for home monitoring in the near future.

What About Earlier Diagnosis?

None of the motion-sensor technologies are being tested as diagnostic devices, so that still leaves a huge gap in efforts to protect against and diagnose the disease earlier.

“The only medication we have to treat the disease is levodopa, and we can only treat symptoms. Starting treatment before symptoms develop does not make sense since we can’t change the course of the disease. Earlier diagnosis is not much help until we find a neuroprotective treatment. So far, we have not found that, but we keep looking,” Burack said. 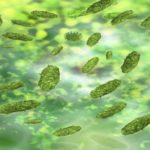