A 4-week aerobic, multidisciplinary motor-cognitive and intensive rehabilitation treatment (MIRT) is associated with short- and long-term quality-of-life (QoL) improvements among patients with Parkinson disease (PD), according to results of a prospective, randomized clinical trial published in the Journal of Neurology, Neurosurgery, and Psychiatry.

The 4-week inpatient MIRT program, which consists of a total of 4 rehabilitative sessions per day for a total of 5 days plus 1 hour of physical activity on day 6, is designed to help patients with PD relearn physical movements. In this study, individuals with PD were randomly assigned to undergo MIRT (n=186) or no rehabilitation (controls, n=48). Researchers administered the PD Questionnaire-39 (PDQ-39) at 2, 10, and 18 weeks after enrollment in the trial. The PDQ-39 was used to assess QoL changes throughout the study period.

Although the findings from this trial indicate a significant benefit of MIRT for QoL improvement in patients with PD, the trial did not extend beyond 3 months, so the longer-term effects of the rehabilitation strategy remain unknown. In addition, as blinding participants and investigators to therapy was impossible, the observed QoL improvements could have been derived from a placebo effect.

Researchers noted that a speech and language therapist, physiotherapist, or PD nurse “could play an important role in stimulating and motivating patients and maintaining” the effects of MIRT. 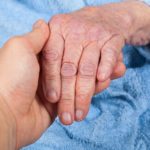