Maintaining high regular physical activity levels and exercise habits is robustly associated with slower deterioration in postural and gait function, processing speed, and activities of daily living (ADL) among patients with early Parkinson disease (PD), according to a study published in Neurology.

Previous research has reported how exercise helps motor function, along with how exercise habits, like dance training, helps improve balance and gait performance in patients with PD. However, no data exist on the long-term effects of sustained exercise and regular physical activity in this patient population, according to the researchers.

The objective of the current study was to evaluate the long-term effects of exercise on disease course in PD using data from a large, international multicenter study, Parkinson’s Progression Markers Initiative (PPMI) (ClinicalTrials.gov Identifier: NCT01141023), that has been underway since 2012. The PPMI study includes assessments of background factors, motor function, and cognitive function, as well as regular physical activity levels measured with the Physical Activity Scale for the Elderly (PASE) questionnaire.

Moderate-to-vigorous exercise had a preferential interaction effect on the increase in PIGD subscore (βinteraction = –0.09 [bootstrap 95% CI, –0.13 to –0.05], t value = –4.4, Bonferroni-corrected P <.01), as well as a greater interaction effect vs that of household-, work-, and overall leisure-related activities.

Study limitations included the observational design, as causal relationships could not be assessed. Also, regular physical activity was quantified using the self-reported PASE questionnaire, which is not objective. Furthermore, the PPMI has missing data, and the researchers did not adjust the genetic background of participants.

“We believe that our finding has the potential of changing the attitude of physicians regarding exercise counseling in patients with PD,” stated the researchers. “Furthermore, the present study could serve as a guide for future randomized controlled trials with greater emphasis on sustained exercise in patients with PD.”

Disclosure: PPMI is funded in part by pharmaceutical companies. One of the study authors declared affiliations with biotech, pharmaceutical, and/or device companies. Please see the original reference for a full list of disclosures. 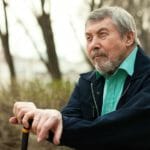 Oral Inosine Does Not Slow Progression of Early Parkinson Disease