In patients with hepatitis B and hepatitis C virus infection, there is strong evidence of an increased risk for Parkinson’s disease (PD), according to research published in Neurology.1

Researchers from the Nuffield Department of Population Health at the University of Oxford in London, United Kingdom, conducted a retrospective cohort study using English National Hospital Episode Statistics and mortality data from 1999 to 2011.

Individuals were grouped into 5 different cohorts: hepatitis B (n=21,633), hepatitis C (n=48,428), autoimmune hepatitis (n=6225), chronic active hepatitis (n=4234), and HIV (19,870). These 5 cohorts were compared with a reference cohort of more than 6 million individuals with minor medical and surgical conditions.

In an effort to reduce surveillance bias and reverse causality, the researchers excluded data from the first year after PD diagnosis, and found similar RR results for HBV and HCV:

The findings from this study on the association between HCV and PD are in agreement with 2 previous Taiwanese studies.2,3 However, the risk associated with HBV and PD is new and needs further confirmation.

Study limitations included the inability to control for lifestyle factors such as smoking and alcohol use. Furthermore, this was a hospital-based study and thus patients included in this study may have represented patients at the more severe end of the disease spectrum. 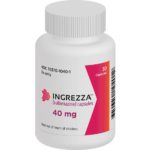