HealthDay News — Some young patients with severe cases of Tourette’s syndrome (TS) may benefit from deep brain stimulation (DBS), according to a study published in the Journal of Neurosurgery.

Alon Mogilner, MD. PhD, the senior researcher on the study, and his colleagues at the New York University Langone Medical Center in New York City have been able to offer DBS to certain teenage and young adult patients on an investigational basis. A committee of independent specialists reviews each case, to make sure the patient has tried standard therapies and is a good candidate for DBS. The new study reviewed the outcomes of 13 of those patients who were followed for an average of two years after having the surgery.

On average, the researchers found, the patients were reporting a 50% improvement in tic severity at their most recent follow-up visit. While DBS did not eliminate their symptoms, it made a difference in their quality of life, according to Dr Mogilner. The relief was enough, for instance, to allow some adolescents who’d been home-schooled to go back to school, he told HealthDay. Two patients did experience complications — including a scalp infection and a wire breakage — that required some of the DBS hardware to be replaced. Still, the procedure was generally safe, Dr Mogilner said.

“The authors’ data are consistent with the small but growing body of literature supporting DBS of the ventralis oralis internus/centromedian-parafascicular thalamus as an effective and relatively safe treatment for severe, refractory TS,” the study concludes. 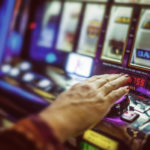