In addition to the hallmark motor symptoms of Parkinson disease (PD), non-motor symptoms have a significant impact on patients’ quality of life. Sleep disturbances are among the most common symptoms, with 64% of patients reporting at least one sleep-related disorder in a 2009 multicenter study (n=1072), including insomnia (37%), behavioral sleep disturbances (30%), excessive daytime sleepiness (21%), and restless legs during sleep (15%).1

Sleep alterations often precede cognitive and motor symptoms in PD and appear during the prodromal phase of the disease. “One current hypothesis is that circadian and sleep alterations might indeed trigger and drive neurodegeneration from the earliest phases of disease…. [which] would in turn drive further sleep and circadian alterations, creating a detrimental self-perpetuating cycle,” according to a paper published in  the Journal of Sleep Research.2 This underscores the importance of elucidating disturbances in sleep and circadian rhythms in PD, as this knowledge may ultimately lead to strategies that could modify progression of the disease very early on.

To that end, the investigators conducted a narrative review of relevant studies, including those highlighted below.

In postmortem analyses, 94% of patients with co-occurring idiopathic RBD and neurologic disorders could be classified as having a synucleinopathy.3 “No prodromal marker of synucleinopathy has nearly the same predictive power and specificity as has RBD,” noted the review.2 “Crucially, the Movement Disorder Society includes RBD in their research criteria for prodromal PD, to inform the design of disease-modifying and neuroprotective clinical trials.”

Recent findings point to the presence of RBD in PD as a strong risk factor for dementia, with one study showing an odds ratio approaching 50 (OR 49.7, P =.001) at 4.4 years post-baseline.4

Patients with PD are also more likely to have REM sleep without muscle atonia (RSWA) compared with healthy controls. A 2013 magnetic resonance imaging (MRI) study5 showed reduced signal intensity in the locus coeruleus/subcoeruleus in patients with RBD and PD, which correlated with increased RSWA, suggesting that the “coeruleus/subcoeruleus area is affected in PD, and might be directly linked to RSWA and RBD occurrence in PD.”2

Further investigation is needed to elucidate the direct and indirect effects of anti-parkinsonian drugs on sleep and circadian rhythms, as some data suggests that “dopaminergic treatments in PD might act to uncouple circadian and sleep regulatory mechanisms,” the investigators stated.2 Among other possible mechanisms, dopamine can “act as a clock controller, enhancing the transcription of the CLOCK:BMAL-1 complex via the activation of D2 receptors.”

Neurology Advisor checked in with the following experts for additional discussion about sleep dysfunction in PD: Donn Dexter, MD, FAAN, assistant professor of neurology at the Mayo Clinic College of Medicine and Science in Rochester, Minnesota, and Emmanuel During, MD, director of the Stanford Sleep Movement Disorders & Parasomnia Clinic, and clinical assistant professor of psychiatry and behavioral sciences and of neurology and neurological sciences at Stanford University in California.

Neurology Advisor: What are the mechanisms believed to underlie the links between sleep/circadian alterations and PD?

Dr Dexter: Complex abnormalities in the noradrenergic, serotonergic, and cholinergic systems likely play a role in the sleep disruption seen in PD. A number of sleep disorders are common in PD, including REM sleep behavior disorder, periodic limb movement disorder, and insomnia. The primary manifestations of PD may adversely affect sleep, and the effects of associated depression or medication adverse events may also play a deleterious role in sleep in these patients. In general, medication provides more benefit than harm regarding sleep in these patients.

Dr During: Synuclein deposition in PD likely starts outside the brain, possibly in the peripheral nervous system. Before PD pathology reaches the higher central nervous system (CNS) areas, causing tremor and gait difficulty or cognitive symptoms, it infiltrates the brainstem at an early stage of the disease. This brainstem pathology disrupts critical centers involved in generating and regulating sleep and wakefulness, resulting in sleep fragmentation, daytime sleepiness, and dysregulation of normal loss of muscle activity during REM sleep. In addition, Lewy body pathology infiltrates the suprachiasmatic nucleus, disrupting normal melatonin function and blurring the central signal defining day vs night, in patients with PD.

Neurology Advisor: How are these issues addressed in clinical practice?

Dr During: Sleep pattern, quantity, and quality should be systematically evaluated and treated in patients with PD. Further, providers should screen for dream-enactment in this population, as RBD can lead to severe injuries to patients and their partners.

Treatments for insomnia and circadian abnormalities include behavioral measures, use of light, lifestyle modifications — timed light, exercise, sleep hygiene — as well as medications when indicated. Melatonin can be particularly helpful in patients with PD as it can improve sleep pattern and insomnia and may reduce RBD.

Neurology Advisor: What are remaining research needs in this area?

Dr Dexter: There is much still to learn and new options for treatment are still needed. Research into RBD etiology and effective treatments remain a high priority in my opinion.

Dr During: We need tools to evaluate and predict the risk for injury due to RBD, as well as better drugs to treat this disorder. We also need, for patients with PD experiencing insomnia and the elderly population in general, drugs that are demonstrated to be both effective and safe in the long run, particularly from a cognitive and healthy aging standpoint. 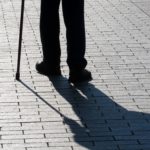