In patients with Parkinson disease (PD), the presence of multiple system atrophy or progressive supranuclear palsy is associated with higher mortality compared with mortality rates in people with idiopathic parkinsonism, according to a study in Neurology. Study researchers also found that cognitive status, gait characteristics, and the presence of hyposmia are associated with shorter survival in people with PD.

A total of 182 patients from Sweden who were diagnosed with new-onset idiopathic parkinsonism between 2004 and 2009 were enrolled. Patients were followed for up to 13.5 years to identify associations between disease presentation and survival. The Unified Parkinson’s Disease Rating Scale, the modified Hoehn and Yahr scale, the Mini-Mental State Examination, and the 39-item Parkinson’s Disease Questionnaire were administered ≥1 time per year. In addition to calculating the standardized mortality ratio and expected survival using mortality rates from the general Swedish population, the researchers also sought to identify independent mortality predictors.

Independent biomarker predictors for reduced survival among those with PD included having a mild cognitive impairment diagnosis, hyposmia, reduced dopamine transporter activity in the caudate, freezing of gait, and increased CSF leukocytes.

The collection of neuropathologic diagnosis at autopsy in only 5 of 109 deaths as well as the potential uncontrolled confounders cited by the researchers represent possible limitations of the study.

The researchers added that the study’s “finding of a low-grade immune reaction in the CSF of patients with PD who have short survival may have important clinical implications and therefore merits further investigation.” 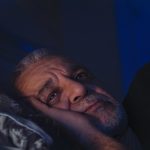 Sleep and Circadian Alterations in Parkinson’s: Understanding the Source for Smarter Treatment