Parkinson disease (PD) is a chronic, progressive neurodegenerative disorder that affects approximately 10 million people worldwide, making it the second most common neurologic disorder after Alzheimer disease.1 The primary pathologies of PD involve neuronal cell inclusions (Lewy bodies) and accumulation of the protein α-synuclein within the basal ganglia (Figure).1 These pathologies lead to degradation of dopaminergic neurons and dopamine depletion in the basal ganglia.2 Further depletion of dopamine, serotonin, and acetylcholine leads to both motor and nonmotor disturbances in PD.1,2

The traditional clinical assessment of PD is focused on the symptoms of motor dysfunction. The 4 cardinal motor symptoms (resting tremor, bradykinesia, rigidity, and postural instability) have been used for decades to support a clinical diagnosis of PD.3 However, PD now is recognized as a complex, diverse neurologic disorder, involving both motor and nonmotor manifestations.3,4 In fact, the nonmotor symptoms of PD often are more disabling and difficult to diagnose and treat in both primary and specialty care settings.3

Unlike the prototypical motor symptoms of PD, Parkinson disease psychosis (PDP) can be diagnostically challenging and underreported.3,4,6 However, psychosis has been identified in up to 50% of patients with PD with or without dementia.7 PDP affects both the patient and those involved in the patient’s care; it is correlated with diminished quality of life, high caregiver burden, nursing home placement, and increased patient mortality.8,9

Although PDP can occur in patients with PD at any age, generally it develops in patients with advanced-stage disease.9 Other risk factors for the development of PDP include older age, older age at PD onset, longer duration of PD, higher doses of antiparkinson drugs, comorbid nonmotor symptoms, and severe motor symptoms.5,6

Unlike patients with other psychotic disorders, patients with PDP initially maintain insight that their hallucinations or delusions are false, only losing this insight with considerable disease progression.5,10 Nonetheless, even in patients with insight, these hallucinations and delusions negatively affect the ability to perform activities of daily living, distressing both the patient and caregiver.3,8 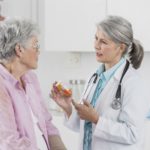