Effective therapeutic strategies and biomarkers would help evaluate drug efficacy and disease course for MS. Prior research has indicated sNfL could be a reliable biomarker of neuroaxonal damage and change in MS and that caloric restriction (CR) and AKD could influence neuroinflammation in MS. Single molecule assays (SiMoA) have measured NfL after axonal injury. The objective of the current study was to determine whether AKD and CR instead of common diet (CD) affects neurodegeneration and whether that could be measured with sNfL levels.

Three relapses in the CD group, 2 in the CR group, and 1 in the AKD group occurred during the study.

SNfL significantly increased among all groups at month 3 and remained elevated in an analysis that excluded patients with relapse activity.

“Overall, our study suggests that an AKD offers an avenue to impact sNfL levels, which seems to be a promising biomarker in neuroinflammatory diseases, supporting the use of dietary interventions as a treatment tool for MS,” stated the researchers. “These findings are of urgent medical interest because such dietetic strategies exhibit few unwanted side effects.” 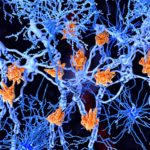 Further Study Needed for Teriflunomide in Children With Relapsing MS