As limited data exist on the effect of disease-modifying drugs used in MS on the humoral and cell-mediated immune responses to SARS-CoV-2 vaccine, the current study aimed at determining COVID-19 mRNA vaccines efficacy and immune-specific response of patients with MS treated with various disease-modifying drugs.

The study sample included health care workers and patients with MS who completed the 2-dose schedule of an mRNA-based vaccine against SARS-CoV-2 in the last 2-4 weeks.

A detectable anti-RBD antibody response was observed in all health care workers and in 80.5% of patients with MS. While a detectable anti-RBD response was recorded in all cladribine-treated patients (100%) and in almost all patients treated with IFN-β (96.4%) or fingolimod (85.7%), this response was evident in only 40% of ocrelizumab-treated patients. Patients treated with ocrelizumab or fingolimod showed lower response rates compared to health care workers (P <.0001 and P =.0023, respectively).

The quantitative specific response varied according to the ongoing drug treatment, as the anti-RBD antibody median titer was significantly lower in patients with MS treated with ocrelizumab, fingolimod, and cladribine, compared with health care workers. In IFN-β-treated patients there was no difference in the serological median titer compared with health care workers.

The study had several limitations, including the small sample size, assessment of immune response at a single time point following vaccination, and T-cell response was determined based on the measurement of IFN-γ unlike prior studies evaluating additional T-helper 1 cytokines. 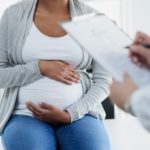