Comorbidity is very common in multiple sclerosis (MS) and exerts a significant impact on health-related quality of life (HRQoL), results of 2 studies published in Neurology indicate.

Psychiatric conditions such as anxiety and depression, and physical conditions such as hypertension, hyperlipidemia, and chronic lung disease are among the most frequently reported comorbidities,1,2 with complex interactions that produce both direct and indirect effects on HRQoL, reported Ruth Ann Marrie, MD, PhD, Director of the Multiple Sclerosis Clinic at the Health Sciences Centre of the University of Manitoba, CA, , and colleagues.

The first study investigated the impact of psychiatric and physical types of comorbidity on HRQoL in MS in a cohort of 949 people with MS from 4 Canadian MS centers. Sixty-three percent of patients had HRQoL scores consistent with significant disability using Health Utilities Index Mark 3 (HUI3) criteria (<0.70).1,3 Depression was the most frequently reported comorbidity (29.0%), followed by hypertension (17.8%), hypercholesterolemia (12.4%), and anxiety disorder (11.5%).1,3

Consequences of comorbidities appear to escalate, as the authors found that psychiatric symptoms of anxiety, and particularly depression all worsened in the presence of physical comorbidities, as did fatigue.

“Depression on its own had an effect on HRQoL, but the other physical comorbidities had an impact, and an important part of their effects was mediated by depression. So it became an important piece of the pathway,” Dr Marrie told Neurology Advisor, observing that, “It was the magnitude of the effect that was interesting as well. If you look at the direct effects of depression and the indirect effects mediated by depression, you end up with an effect that was almost as large as disability status.”

This study was consistent with prior research that analyzed data from 8983 participants in the North American Research Committee on Multiple Sclerosis (NARCOMS) global patient registry, and found that risk of a subsequent diagnosis of depression was increased in those who had any physical comorbidity at the time of MS diagnosis.1,4

The effects of depression, anxiety, and fatigue also appeared to compound each other.  Dr Marrie pointed to a path analysis compiled by lead author Lindsay Berrigan that produced a beta coefficient of 0.28 for a direct effect of Expanded Disabilities Status Scale (EDSS) score and physical comorbidity on depression. “We could then see that depression also increased fatigue, which had its own effect of reducing quality of life by -.27, and that anxiety and depression fed into each other,” Dr Marrie said, which allowed them to work through the multiple components to arrive at a final pathway of depression-associated reduction in quality of life. 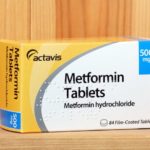