Multiple sclerosis is a chronic inflammatory-demyelinating disease of the central nervous system, which mainly affect the white matter. However, imaging studies have suggested that gray matter may also be involved in both RRMS and PPMS, the most common forms of multiple sclerosis.

The objective of the current study was to determine the morphometric and microstructural gray matter differences between patients with RRMS and those with PPMS. Study researchers used 3-dimensional simple harmonic oscillator-based reconstruction, estimation microstructural indices, diffusion tensor imaging, and conventional brain morphometry.

Compared to patients with RRMS, patients with PPMS were significantly older, had longer disease duration, and worse physical disability status.

The study had several limitations, including the small sample size, lack of a healthy control group, cross-sectional design, and the inclusion of only 2 analytical models to assess gray matter damage.

“Our study provides evidence for the higher sensitivity of dMRI in differentiating PPMS from RRMS based on regional GM [gray matter] microstructure properties compared to morphometry measures. Noteworthy, the GM region most sensitive to group differences was the hippocampus, suggesting a central role of this region in disease progression and calling for further investigation,” concluded the study researchers. 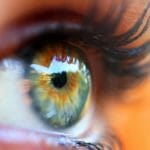