Dimethyl fumarate (DMF) has demonstrated an immunomodulatory effect on circulating lymphocyte subsets, according to a study recently published in Neurology. Counts of CD4+ and CD8+ T-cells correlated closely with absolute lymphocyte counts, suggesting that monitoring lymphocyte subsets is unnecessary for safety surveillance among those treated with DMF.

In the ENDORSE extension study, 2513 participants receiving DMF 240 mg 2 or 3 times daily were continued on this dosage, whereas participants given placebo or glatiramer acetate were randomly assigned to receive the intervention 2 or 3 times daily. The long-term safety profile of DMF was assessed, including opportunistic/serious infections and adverse events. Among those who discontinued DMF, the study researchers assessed lymphocyte reconstitution.

Limitations of this study include the integration of data from trials with distinctly different populations and methodologies, as well as a potential lack of generalizability to individuals in clinical practice.

The study researchers conclude that “additional monitoring of T-cell subsets is not required or necessary for safety surveillance in routine clinical practice for patients treated with DMF. The results of these analyses reinforce initial observations documenting the immunomodulatory effects of DMF on lymphocyte subsets. Most importantly, the safety profile of DMF in these studies is consistent with its known effects in adult patients with relapsing forms of [multiple sclerosis], and continues to support the positive benefit-risk profile observed in both clinical trial and real-world patients treated with DMF.”

Disclosure: This study was funded by Biogen. The authors report financial associations with Biogen and with numerous other pharmaceutical companies. See the reference for complete disclosure information. 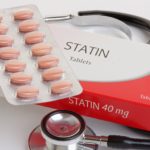