As a result, information describing this case of PML is being added to the Tecfidera drug label. The therapy is known to benefit patients with relapsing forms of MS.

PML is a rare and serious brain infection caused by John Cunningham (JC) virus usually seen in patients with diminished immune systems. Symptoms of PML can include progressive weakness on one side of the body, vision problems, confusion, and cognitive changes, including changes in personality, thinking, memory, and orientation.

The patient was not taking any other drugs that affect the immune system or are thought to be linked to PML, making this the only confirmed case of PML in patients taking Tecfidera. However, cases of PML have been associated with other MS drugs, including a patient that developed PML after taking fingolimod (Gilenya) for seven months in 2013. Another patient developed PML after switching to fingolimod from natalizumab (Tysabri), which carries a known risk of PML. Novartis, which manufactures Gilenya, said that Tysabri was likely the cause of the PML in that case.

Natalizumab was removed from the market in 2006 only to be relaunched under a strict distribution and registry program. An alternate formulation of dimethyl fumarate has been linked to cases of PML in Europe in patients taking the drug for psoriasis. 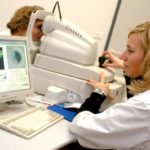