This study intends to identify a relationship between gender and effectiveness of interferon-beta treatment in patients with multiple sclerosis. The study of over 2,000 patients treated with the therapy based response rates on NAb-postive and NAb-negative periods within each patient, with relapse counts as the response variable. No correlation between sex and relapse rate during treatment with interferon-beta was found. 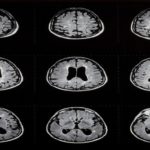