In patients with active relapses during secondary progressive multiple sclerosis (SPMS), treatment with disease-modifying therapies (DMTs) may slow the rate of disability accumulation, according to study results published in JAMA Neurology. Additionally, the study findings indicated that the rate of disability progression following disease onset was not dependent on early disease course/treatment.

Australian researchers prospectively collected patient data from the MSBase cohort study (ANZCTR.org.au Identifier: ACTRN12605000455662), an ongoing international registry focused on evaluating MS outcomes. Data of 53,680 patients with MS from 123 medical centers were obtained from the registry between January 1995 and February 2018. A total of 1621 patients with SPMS (mean age at MS onset, 33.9 years), at least 24 months between MS diagnosis and SPMS conversion, and at least 12 months of prospective follow up after SPMS conversion were identified and included in the study.

Natalizumab and mitoxantrone were the most high-efficacy DMT exposures during early RRMS and SPMS. In contrast, most low-efficacy DMTs included interferon beta preparations and glatiramer acetate. Fingolimod and dimethyl fumarate were the primary medium-efficacy drug exposures.

Limitations of this study included its observational nature and lack of assessment of the implications associated with early aggressive therapy.

According to the investigators, these “results suggest that inflammatory disease activity remains a substantial yet modifiable component of SPMS.” 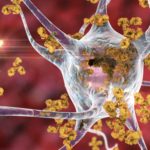