Low levels of anti-Müllerian hormone (AMH) represent an important marker of ovarian aging and indicate risk for increased disability and gray matter loss among women with multiple sclerosis (MS), according to an analysis published in Neurology.

Investigators included women with MS who participated in a 10-year follow-up longitudinal study that evaluated the phenotype and genotype of MS (n=415). In addition to this cohort, a total of 180 age-similar control patients who were free of MS were included to compare AMH levels in disease-free patients and patients with MS.

There were no available MRI data for the healthy control patients to evaluate the association between gray matter volume and AMH, which limited the investigators’ ability to determine whether this association was specific to MS.

Rethinking progressive MS “as an aging-related disease driven by biological aging processes may help to explain the phenomena of this phase of the disease and identify new targets for therapy.” 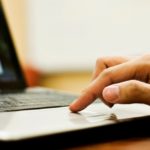