Meta-analyses have confirmed that injectable interferon-beta (IFN-β) and glatiramer acetate (GA) both reduce the annualized relapse rate and delay disease progression in patients with relapsing-remitting multiple sclerosis (RRMS), although a systematic review has identified no clear “winner” across outcomes. Results of this systematic review and a network meta-analysis of trials that included recommended dosages of drugs were published in BMC Neurology.

The investigators checked the references of included studies, contacted experts in the field, updated previous comprehensive reviews, and screened websites for relevant publications to locate randomized trials of GA and IFN-β that contain recommended dosages for RRMS populations compared with placebo and other recommended dosages. A total of 24 studies reported in 42 publications were identified. Most of the studies identified were at high risk for bias in ≥1 domain. Currently, 5 licensed IFN-β drugs are approved in the treatment of patients with RRMS.

All agents evaluated demonstrated a beneficial effect on annualized relapsed rates compared with placebo but not compared with each other, with findings robust to sensitivity analysis. The researchers considered time to disease progression confirmed at 3 and 6 months in separate models. Although both of the models implied that the drugs assessed were effective, findings between the models were inconsistent. Moreover, discontinuation because of adverse events did not differ between the agents being evaluated.

With respect to the frequency of relapse, rate ratios of relapses were meta-analyzed as an overall measure, which was the most commonly reported measure used to address relapse frequency. Regarding disease progression, which is often defined in clinical trials of disease-modifying therapies in MS using the Expanded Disability Status Scale, ranging from 1 to 10, the investigators used hazard ratios to assess differences between study arms in terms of time to disease progression. Disease progression was verified at either 3 or 6 months after an initial signal — usually a rise in the Expanded Disability Status Scale score of 0.5 to 1.0 points — was confirmed.

Findings of the analysis were mitigated by the use of an impairment/mobility scale to measure disease progression and the high risk for bias across studies. Additional research is warranted to consider more relevant measures of disability and using a longitudinal approach rather than a short-term method to compare efficacy. 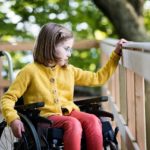