Altered microRNAs (miRNAs) detected in sera may be used as markers of gray matter lesion (GML) demyelination in patients with multiple sclerosis (MS), according to study results published in Annals of Clinical and Translational Neurology.

The objective of the current study was to determine the expression of miRNAs in GMLs, to assess altered biological pathways in patients with MS following cortical demyelination, and to identify the miRNAs that correlate with brain atrophy and are detected in sera from patients with MS.

A total of 496 miRNAs were detected, 82 of which showed increased expression in both MS normal appearing gray matter and MS demyelinated cortical lesions. A third of these miRNAs (27 miRNA; 33%) were significantly altered in GMLs, 10 were upregulated, and 17 were downregulated.

Analysis of the targeted genes indicated that out of the 10 significantly upregulated miRNAs, 8 were regulating 76 significantly downregulated genes in GMLs. Study researchers found evidence of enrichment of sphingosine-1-phosphate signaling, protein kinase A signaling, and ceramide biosynthesis pathways in GMLs.

Of the 82 miRNAs identified in GMLs, 13 miRNAs were detected in serum. These were previously found to have significant relationships with cortical gray matter volume and brain atrophy in patients with MS. The predicted target mRNAs of these miRNAs belonged to pathways associated with axonal guidance, TGF-b signaling, and FOXO signaling

Of these 13 miRNAs, 4 (hsa-miR-149, hsa-miR-20a, hsa-miR-29c, and hsa-miR-25) were significantly dysregulated in GMLs of progressive MS brain and could potentially affect the expression of differentially expressed genes through direct and indirect interactions. The target genes of these miRNAs were associated with neuronal function, fatty acid synthesis, and inflammation.

“These results also lay the foundation for future studies to target these miRNAs and pathways in order to investigate mechanisms underlying lesion formation and neuroprotection in progressive MS,” concluded the study researchers. 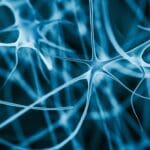 Deficiency of GlcNAc and HexNAc Linked to Progressive MS