This cross-sectional study enrolled 13 “highly fatigued” patients with MS, 13 non-fatigued patients with MS, and 13 healthy controls. Levels of fatigue were assessed using the Fatigue Severity Scale (FSS) and Modified Fatigue Impact Scale (MFIS) score. An FSS score of at least 4 and MFIS score of at least 34 classified patients as highly fatigued. Low levels of perceived fatigue were classified by no self-reported fatigue and lower FSS and MFIS scores.

Participants completed a step test until volitional exhaustion was reached on a cycle ergometer. The cycle ergometer was designed to switch quickly between cycling and isometric knee extension. The study researchers performed neuromuscular assessments involving femoral nerve electrical stimulation, as well as transcranial magnetic stimulation every 3 minutes during cycling.

Compared with controls, highly fatigued patients also had significantly longer MEP latency at all contraction intensities, including 50% (P =.047), 75% (P =.014), and 100% (P =.033). In addition, patients with MS who were considered highly fatigued also had a greater decline in MVC at volitional exhaustion than patients with less fatigue (P =.049).

Limitations of the study were the small number of participants, the inability to exclude all medications, and the inclusion of only patients with MS who had mild physical disability.

The study researchers concluded that “motor fatigability from dynamic, large-muscle-mass exercise in people with low MS disability is primarily due to peripheral muscle fatigability.” However, they added that the study results warranted additional “research examining the effects of exercise training on motor fatigability in” patients with MS “and its impact on perceived fatigue.” 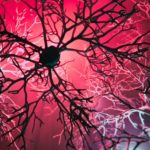 The Role of Ketamine Infusion for Patients with MS-Related Fatigue