Patients with multiple sclerosis (MS) have a higher risk of developing seizures compared with the general population, according to study results published in Frontiers in Neurology.

Patients with MS and comorbid seizures or epilepsy presenting to a neurology department in at one hospital in Germany between 2003 and 2015 were identified (n=22; mean age, 48.5±15.2 years [range, 18 to 76 years]). Epilepsy was defined using the International League Against Epilepsy 2017 criteria. The study relied on electronic and non-electronic medical record data for retrospective review.

Approximately 1.42% (n=18) of the 1267 patients with MS met the criteria for epilepsy, and 40.9% (n=9) of the MS cohort with seizures or epilepsy had relapsing-remitting MS (RRMS). In addition, 50% (n=11) of the patients with MS had a secondary progressive disease course (SPMS). A total of five patients with SPMS ultimately converted from RRMS to SPMS prior to epilepsy development.

Study limitations include the small sample size, the retrospective design, and the inclusion of data consisting of only patients from a single center in Germany.

The researchers concluded that because “in most cases, seizures occurred after the first manifestation of MS [which] indicates that they may be the consequence of MS.” They go on to add that the patients who developed their first seizure following SPMS suggests “the increased load of cerebral lesions occurring in MS patients may act as a risk factor for the development of epilepsy.”

Disclosure: None of the study authors declared affiliations with the pharmaceutical industry. Please see the original reference for a full list of authors’ disclosures. 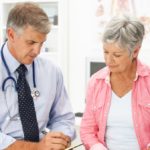