Delayed-release dimethyl fumarate (DMF) exposure in the first trimester among pregnant women with multiple sclerosis (MS) is not significantly associated with adverse pregnancy outcomes, according to a study in Neurology Neuroimmunology & Neuroinflammation.

DMF treatment is recommended for relapsing-remitting MS, but not during pregnancy. DMF is only advised during pregnancy if the potential benefit outweighs the potential risk to the fetus. Currently, there is no known adverse pregnancy outcomes or fetal abnormalities related to DMF exposure in clinical trials. To assess pregnancy and infant outcomes among DMF-exposed pregnant women, an ongoing, prospective, international registry (TecGistry; NCT01911767) was established.

The objective of the current study was to report DMF exposure and pregnancy outcomes among pregnant women with MS from an interim analysis of the registry from October 30, 2013, to April 8, 2020.

Eligible participants were pregnant women with MS exposed to DMF since the first day of their last menstrual period before conception or during pregnancy.

Among 345 patients (median age, 32 years [range, 20-43]) enrolled in the registry, 351 known or anticipated outcomes were recorded. Of these 351 pregnancy outcomes, 17 (5%) spontaneous abortions (including 1 ectopic and 1 molar pregnancy), 1 neonatal death, and no maternal or perinatal deaths were reported.

The women had a median (range) duration of gestational DMF exposure of 5 weeks (range, 0-40), and >99% of pregnancies were exposed only to disease-modifying therapy in the first trimester. A total of 277 live births were recorded, of which 7 occurred in 4 sets of twin pregnancies. Regarding live births with known results, most infants were full-term at birth (249/274; 91%), 25 (9%) were premature, and there were 8 (2.9%) confirmed birth defects.

The rate of spontaneous abortions observed is less than that reported in MS clinical trials (8%) and in the general US population (12%-16%). Overall, birth defects occur in 4% of patients with MS and in 2% to 5% of the general population, according to the researchers.

Among several study limitations, the researchers noted that 300 pregnancy outcomes had not been observed at the data cutoff date. In addition, limited conclusions can be made about long-term DMF exposure during pregnancy or in utero, there is potential for underestimation of spontaneous abortions, and 70% of participants were from Germany.

“Ongoing recruitment to this registry will allow the publication of outcomes up to 1 year of age and provide essential information on pregnancy outcomes among women exposed to DMF during pregnancy,” stated the researchers.

Disclosure: This study was sponsored by Biogen. Some of the study authors declared affiliations with biotech, pharmaceutical, and/or device companies. Please see the original reference for a full list of disclosures. 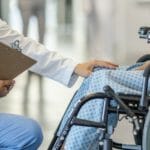