A new treatment may bring hope for people who suffer from muscle cramps or spasms from neuromuscular disorders, diseases such as multiple sclerosis or simply from nighttime leg cramps that keep people from sleeping, according to a study presented at the American Academy of Neurology’s 67th Annual Meeting in Washington, DC.

“We estimate that approximately four million US adults over the age of 65 suffer daily from nocturnal leg cramps, a condition for which there is significant unmet need since there are no approved treatments,” said study author Rod MacKinnon, MD, Nobel laureate and co-founder of Flex Pharma in Boston. 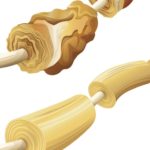