Serum-leptin and adiponectin are associated with neither disease activity nor treatment response in multiple sclerosis (MS), according to a study published in the Journal of Neuroimmunology.

Investigators recruited 88 patients with MS from an omega-3 fatty acid study in MS (OFAMS).  The participants were 18 to 55 years of age, had an Expanded Disability Status Scale (EDSS) score of ≤5, and experienced ≥1 relapses or a new T1-weighted gadolinium-enhancing (T1Gd+) or T2-weighted (T2) lesion on MRI before inclusion.

Unfortunately, this study could not identify new biomarkers for MS. Further research is necessary to examine the relationship between body mass index and MS disease activity and treatment response.

Disclosures: Multiple authors declare affiliations with the pharmaceutical industry. Please refer to reference for a complete list of authors’ disclosures. 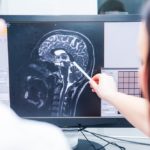 Brain Iron on MRI Linked to Disability in Multiple Sclerosis