Neuromyelitis optica spectrum disorder may increase the risk for miscarriage and/or preeclampsia during pregnancy, according to research published in Neurology.

“Women with neuromyelitis optica have a high risk of miscarriage particularly in pregnancies occurring within the three years prior to, or after, [the start of the disease],” said Maria Isabel Leite, MD, DPhil, of the University of Oxford, in a press release. “So unfortunately, some of these women may not even know they are going to have the disease at the time of miscarriage.”

The researchers retrospectively analyzed data from 2011-2013 of 60 women, all who had a diagnosis of neuromyelitis optica spectrum disorder (NMOSD) and one or more pregnancies (a total of 126 pregnancies from 1963 to 2013), to examine whether there was a link between NMOSD and miscarriages or preeclampsia. Some participants were left out of the analysis due to missing medical information. Ultimately, 40 women were analyzed for miscarriages and 57 women were analyzed for preeclampsia.

The rate of preeclampsia was also higher in women with NMOSD compared with the general population (11.5% vs. 3.1%). Women with multiple other autoimmune disorders were at an increased risk for preeclampsia, but no association was found between preeclampsia, maternal age or age at NMOSD onset.

The researchers note that limitations of the study include its small sample size due to the rarity of NMOSD, its retrospective design, and the lack of pathologic evidence from placenta samples. Larger studies need to be done to confirm their findings.

However, regardless of these limitations, the study suggests that “preventing disease activity before and during pregnancy appears to be essential to improve pregnancy outcome in patients with NMOSD,” the authors wrote. 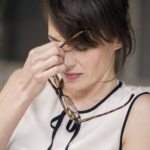 Odds of Prior Migraine Up for Patients With Neovascular AMD