The researchers assessed the visual perception of 111 patients recruited from Helsinki City psychiatric outpatient facilities with MDE (46 with unipolar MDD, 38 with bipolar disorder with a current MDE, and 27 with borderline personality disorder with a current MDE, all of whom scored at least 15 on the Montgomery-Åsberg Depression Rating Scale (MADRS) and 29 controls (health care services personnel from Helsinki) using 2 contrast tests.

The researchers discovered that contrast suppression was reduced in patients compared with controls (t35.2 = 2.902, P =.006, d =.663). The strength of the illusion was lower for patients than for controls, and patients saw the stimuli as more veridical than controls did. The groups differed significantly in the collinear condition (t131 = 2.80, P =.006), but not in the perpendicular condition.

There was no significant difference between diagnostic subgroups of patients.

Linear regression analysis indicated an association between the use of lamotrigine, valproate or pregabalin and increased brightness induction and decreased contrast suppression.

Limitations of the study included the fact that the researchers could only indirectly infer retinal and cortical processing and there were differences in the sample sizes.

“Combined with the findings of previous studies, it appears that MDEs involve changes at different levels in the visual processing hierarchy, from retina to cortex,” the study authors wrote. “From a practical point of view, visual contrast tests are a rapid, simple and noninvasive method that could be further developed to serve as biomarkers for the abnormal processing of visual information in depression.” 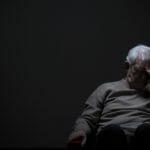