He was diagnosed with behavioral variant FTD (bvFTD). Family history included his mother’s dying at age 97 years with symptoms of dementia.

Magnetic resonance imaging (MRI) showed right- more than left-sided temporal atrophy, bilateral frontal and milder parietal atrophy. Fluorodeoxyglucose (FDG)-PET demonstrated frontotemporal hypometabolism. He was homozygous for the APOE ε4 allele. However, Florbetapir PET revealed increased tracer binding in all cortical regions of a centiloid value of 74%. He died at an age of 74 years after developing grasp reflexes and Parkinsonism.

Autopsy showed coexistent TDP-43 type A and Alzheimer disease (AD) pathologies and cerebrovascular disease. The brain showed considerable atrophy, neuronal loss, and gliosis in the temporal neocortex and amygdala with less prominence in the frontal cortex.

Tau-related pathology was severe in CA1 and CA2 sectors and entorhinal cortex; the neocortex showed only a few neuritic plaques with more prominent changes in the temporal and parietal lobes.

With amyloid-PET imaging becoming a standard clinical investigation, a diagnosis of bvFTD may change to AD when amyloid-PET is positive, and autopsies in these cases often support AD. However, there could be coexistent pathology or inaccuracy of scan reports. In patients with a clinical diagnosis of FTD who are APOE ε4 carriers, amyloid-PET scan is positive in 19% at age 60 and 43% at age 80.

The study researchers said the patient’s probability of having AD, given a positive amyloid-PET, low pre-PET clinical probability of AD, his age, and APOE ε4 positivity, is “only 0.2.” Although the finding of TDP-43 type A pathology suggests LATE-NC as a diagnosis, the patient’s clinical phenotype, age, brain MRI, FTD-PET, and distribution and severity of TDP-43 pathology continued to suggest FTLD. 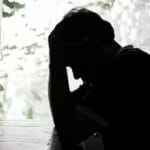