HealthDay News — Acne patients prescribed isotretinoin are less likely to engage in suicidal behavior than the general U.S. population, according to a study published in the Journal of the American Academy of Dermatology.

“This study found no evidence of increased suicidal ideation or of suicide attempts in patients treated with isotretinoin compared to those treated with antibiotics only or those in the general population,” the authors write.

One author disclosed serving as a board member of Almirall and as an advisor to Unilever. 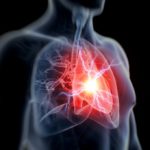 Blended Care for Heart Failure and Depression May Improve mHRQOL