Physical exercise 3 to 5 times per week for between 30 and 60 minutes each time improves self-reported mental health, whereas exercising for more than 23 days a month or for between 90 minutes and 3 hours per session may worsen mental health burden, according to a cross-sectional study published in Lancet Psychiatry.

Researchers examined data from the 2011, 2013, and 2015 Centers for Disease Control and Prevention Behavioral Risk Factors Surveillance System survey (n=1,237,194) on adults. The self-reported mental health of people in the data set who reported exercising was compared with that of those who did not. For this measure, the researchers used answers from a question asking people about the number of days in the past month in which their mental health (stress, depression, and problems with emotions) was not good.

Limitations of the study included its cross-sectional design and reliance on self-reports of mental health burden, as well as the inclusion of participants’ primary exercise alone in the analysis.

The data from this study indicate “that all exercise groups, including social and non-social forms, were associated with lower mental health burden.”

Diet and Exercise General Psychiatry
Next post in Neurobehavioral Disorders 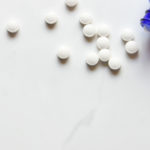