Certain polygenic risk scores demonstrate prognostic capacity for progression to bipolar or psychotic disorders among patients with unipolar depression, according to study data published in the American Journal of Psychiatry. Specifically, patients diagnosed with unipolar depression were more likely to later develop bipolar or psychotic disorders if they had high polygenic risk scores for bipolar disorder or schizophrenia, respectively.

Investigators extracted data from the iPSYCH Danish case-cohort study (iPSYCH2012). The iPSYCH sample comprises all individuals born in Denmark between 1981 and 2005 who later received a psychiatric diagnosis at a Danish hospital. All iPSYCH participants were genotyped using blood spots collected at birth, per standard Danish clinical practice. Genetic data were linked with demographic and clinical information stored in Danish national registers, including the Danish Psychiatric Central Research Register.

The present study included data from patients who were diagnosed with unipolar depression between 1994 and 2016 and who had available genotyping data (n=16,949). Polygenic risk scores for major depression, bipolar disorder, and schizophrenia were generated for these individuals using data from the Psychiatric Genomics Consortium. Polygenic risk scores were standardized according to their means and standard deviations in total cohort of patients with unipolar depression.

The effects of parental history of bipolar and psychotic disorders were also assessed; parental history information was obtained from Danish national registers. Cox proportional hazards models were used to assess the association between polygenic risk scores for bipolar disorder, schizophrenia, and major depression, and later progression to other psychiatric disorders. Absolute risk of progression to bipolar or psychotic disorders was calculated using cumulative hazards.

As study limitations, the investigators noted that the iPSYCH2012 cohort excludes individuals born before 1981. As such, results may not be relevant to older adults with depression, nor to adults outside of Denmark. Further study is necessary to elucidate the impact of polygenic risk scores on depression outcomes, particularly in populations outside of Europe.

Disclosure: One study author declared affiliations with the pharmaceutical industry.

Please see the original reference for a full list of authors’ disclosures. 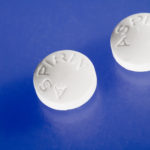