HealthDay News — Severe atopic dermatitis (AD) is associated with symptoms of depression and internalizing behaviors throughout childhood, according to a study published online Sept. 1 in JAMA Dermatology.

Chloe Kern, from the University of California in San Francisco, and colleagues conducted a longitudinal, population-based birth cohort study to examine the correlation between AD and internalizing behaviors and symptoms of depression at multiple time points across childhood and adolescence. Children were followed from birth for a mean of 10.0 years; the annual period prevalence of AD was assessed at 11 points from 6 months to 18 years. The analysis included 11,181 children.

The researchers found that the period prevalence of depression symptoms ranged from 6.0 to 21.6 percent, and for internalizing behaviors, it ranged from 10.4 to 16.0 percent. There was no correlation noted for mild-to-moderate AD with depression symptoms, but there was a correlation with internalizing behaviors as early as 4 years (in adjusted models, mean increased odds of 29 to 84 percent across childhood). Severe AD was associated with symptoms of depression and internalizing symptoms (adjusted odds ratios, 2.38 and 1.90, respectively). Some of this association was mediated by sleep quality, but it was not explained by differences in sleep duration, asthma/rhinitis, or levels of inflammatory markers.

“The large and increasing burden of pediatric mental illness highlights the importance of clinician awareness of the psychosocial needs of children and adolescents with AD,” the authors write. 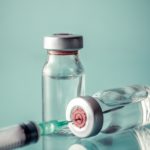