Akili Interactive announced topline data from an open-label study (STARS-ADHD Adjunctive) of AKL-T01 for the treatment of attention deficit hyperactivity disorder (ADHD) in children with or without use of stimulants.

AKL-T01 is an investigational digital therapeutic that delivers a video game based treatment to help drive engagement and compliance in children living with ADHD. It utilizes the Company’s proprietary Selective Stimulus Management engine (SSME) to distribute sensory and motor stimuli to target and activate the prefrontal cortex of the brain.

The STARS-ADHD Adjunctive study evaluated the efficacy of AKL-T01 in 206 pediatric patients aged 8 to 14 with a confirmed diagnosis of ADHD. Patients were divided into 2 cohorts: those who were taking ADHD stimulant medications (n=130) and those who were stimulant-naive (n=76). Both cohorts received AKL-T01 for the first month of the study, followed by a 1-month break, and then another treatment phase of AKL-T01 for the third month. The primary end point was the change from baseline after 1 month of treatment using the Impairment Rating Scale (IRS), an 8-item scale to measure functioning across 7 different domains.

Results showed that both cohorts achieved a statistically significant improvement in IRS from baseline after the first and third month of treatment (P <.001). At the end of the first month, patients in the stimulant and stimulant-naive cohorts achieved an IRS responder rate (defined as an improvement of ≥1 point) of 55% and 41%, respectively; this increased to 68% and 69% after the third month. With regard to safety, AKL-T01 was found to be well tolerated; the most common adverse event reported was frustration.

ALK-T01 has been assessed across 5 clinical studies to date, including the pivotal STARS-ADHD study. “As we continue to work toward FDA clearance for this novel therapeutic for inattention in children with ADHD, these data and the benefits expressed by parents and physicians in this study lend further credence to the important role AKL-T01 can play in the treatment of ADHD,” said Eddie Martucci, CEO of Akili. 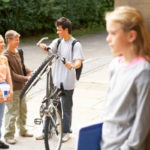 One in Four Children With Autism Not Formally Diagnosed