In addition, the researchers enrolled patients who had an absence of cortical or watershed infarcts, hemorrhages, hydrocephalus, or white matter lesions associated with specific causes, as well as no hippocampal or entorhinal cortex atrophy.

The researchers randomly assigned patients to either a 7-week computerized training program (n=30) or a control group (n=30) in a blinded fashion.

Participants in the intervention arm also had a greater increase in functional connectivity between the left dorsolateral prefrontal cortex and the medial prefrontal cortex based on MRI findings. The improvement in function correlated with a greater change in the Montreal Cognitive assessment by the end of treatment in the intervention group (P =.017).

“The significant correlation between the restored connection and improved global cognitive function suggested that biomarkers of functional connectivity as proxy for effects of brain plasticity should be incorporated as outcomes in cognitive training trials,” concluded the researchers. 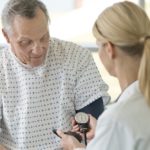