Declining kidney function appears to be strongly associated with the development of dementia among patients aged 65 years or older, according to a recent study.

“Some studies have evaluated the association between kidney function and the risk of dementia. Our findings are in agreement with most of those, and may help reconcile some discrepancies in previous literature potentially attributed to low sample sizes and dichotomization of kidney function,” said study coauthor Juan-Jesus Carrero, PharmD, PhD, professor of epidemiology at Karolinska Institutet in Stockholm, Sweden.

Dr Carrero and his colleagues analyzed the association of estimated glomerular filtration rate (eGFR) with the risk of dementia among 329,822 residents in Stockholm accessing health care between 2006 and 2011. All individuals were aged 65 years or older, had no history of dementia, and had not received renal replacement therapy. They had a mean age of 74 years, and 56% were women. The mean estimated glomerular filtration rate (eGFR, in mL/min/1.73 m2) was 75. The most common comorbid conditions were hypertension (40%), cancer (17%), diabetes mellitus (12%), depression (12%), atrial fibrillation (11%), congestive heart failure (9%), stroke (7%) and myocardial infarction (7%).

The primary outcome was the first recorded diagnosis of all-cause dementia or the initiation of anti-dementia drugs (donepezil, rivastigmine, galantamine and/or memantine). The investigators also evaluated the association between dementia and the rate of eGFR decline among 205,622 participants with repeated eGFR measurements during the first year of observation.

After adjusting for other identified factors that could affect dementia risk, such as smoking, alcohol use, hypertension and diabetes, the investigators found that older adults with an eGFR of 30 to 59 and less than 30 had a 1.7- and 2.6-fold higher risk of dementia, respectively, compared with those who had normal kidney function (eGFR 90-104).

According to the investigators, 10% of the dementia cases could be attributed to an eGFR of 60 or less. This is a higher proportion of dementia cases than is attributed to other dementia risk factors like cardiovascular disease and diabetes. “A novelty in our study is the observation that people with a faster decline in kidney function over a year are also at higher dementia risk, in a linear fashion. This complements our primary analysis and adds credibility to the existence of a link between these two diseases,” Dr Carrero told Renal & Urology News.

The authors noted that no effective treatments are available to slow or prevent dementia, so it is critical to identify possible modifiable risk factors. “Our findings may help health care policy makers to develop and implement appropriate strategies for screening and monitoring for dementia in persons with CKD (and vice versa),” they wrote.

A major strength of the study was the availability of complete medical records for an entire region with universal health care access. In addition to the observational design, a limitation of the study was the inclusion only of patients with a diagnosis of dementia. It is possible many patients have undiagnosed dementia.

“It is a good study and the biggest of its kind,” said Leighton R. James, MD, a professor in the department on nephrology at the Medical College of Georgia in Augusta. The study provides a greater understanding of the link between kidney disease and dementia.

Large prospective studies are warranted, he noted, noting that studies looking at genetic and blood markers in patients tracked over a long period could help answer important clinical questions. “Some studies say there is no link, but I can say that acutely, in those who have advanced kidney disease, the toxins build up, causing dementia,” Dr James said. “That happens in the short-term, but we don’t know about the long-term.” 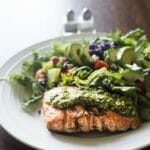