A new study suggests targeting long genes could be a new treatment avenue for the devastating childhood disorder Rett Syndrome. The authors found that lack of the MeCP2 protein that is the hallmark of the disease causes subtle – but widespread – overexpression of long genes with functions important for the brain.

Rett Syndrome is a brain development disease that begins to show symptoms within the first 12-18 months. The disease, which almost exclusively affect girls, involves a loss of intellectual, social and motor skills, accompanied by autistic behaviors, such as repetitive movement of the hands.

While it is believed that Rett Syndrome does not severely damage cognitive function, the disease deprives children of speech, hand use, and often the ability to walk. As development ensues, it brings anxiety, seizures, tremors, breathing difficulties, and severe gastrointestinal problems. 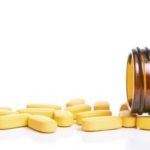