UT Southwestern Medical Center researchers have identified a possible therapy to treat neurofibromatosis type 1 or NF1, a childhood neurological disease characterized by learning deficits and autism that is caused by inherited mutations in the gene encoding a protein called neurofibromin.

Researchers initially determined that loss of neurofibromin in mice affects the development of the part of the brain called the cerebellum, which is responsible for balance, speech, memory, and learning.

The research team, led by Dr. Luis F. Parada, Chairman of Developmental Biology, next discovered that the anatomical defects in the cerebellum that arise in their mouse model of NF1 could be reversed by treating the animals with a molecule that counteracts the loss of neurofibromin. 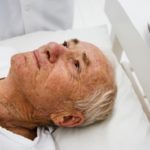