Researchers investigated the association between pregnancy history and trajectories of cognitive function in older women and found no link between the two, according to study results published in Menopause.

Researchers analyzed data from the Rancho Bernardo Study of Healthy Aging that included 1025 women (mean age, 73.1) surveyed on pregnancy history (ever pregnant, number of pregnancies, age at first and last pregnancy). Cognitive function was assessed with 4 tests (the Mini-Mental State Examination, the Trail Making Test Part B, the Animals Naming Category Fluency Test, and the Buschke-Fuld Selective Reminding Test) administered at the initial visit and re-administered at 4-year intervals, for a total of 7 assessments.

Smoking history, alcohol use, and exercise patterns were recorded. Additional reproductive history, including age at menarche, oral contraceptive use, and prior hysterectomy and/or oophorectomy was obtained.

Gravidity did not affect rates of cognitive decline as measured by the cognitive function tests, except for the Buschke-Fuld Selective Reminding Test, in which women who reported ever being pregnant had a slightly faster rate of decline in episodic memory; they recalled 0.12 fewer words per year of advancing age compared with women who had never been pregnant. No significant associations between number of pregnancies, age at first pregnancy, or age at last pregnancy and rate of decline were found.

“These findings are reassuring and suggest that childbearing decisions may not have long-term effects on cognitive function,” the investigators concluded. 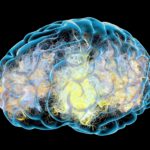