Speech deficiencies often are overlooked or underestimated in the health-care arena. Primary care health providers who perform screenings at each visit can identify potential delays and target interventions to achieve milestones.

Important language achievements range from babbling in the first few months of life, saying one to two words at age 12 months, imitating familiar sounds and understanding simple instructions. By age 2 years a child should have a vocabulary of 150 to 300 words, and two-thirds of his or her speech should be intelligible.

According to the American Speech-Language-Hearing Association’s “Speech Referral Guidelines for Pediatrics,” speech delay can affect a child’s ability to communicate his or her needs and can prevent the youngster from functioning at the expected level of independence, expressing feelings, engaging in socialization, and fulfilling his or her educational potential. Speech delays can even put the child at risk for injury if he or she cannot convey information about a dangerous situation or call for help.

The United States Preventive Services Task Force (USPSTF) is in the process of updating its 2006 recommendations on screening for speech and language delay in preschool children, excluding children with hearing deficits, other medical problems or craniofacial abnormalities.

In the 2006 document, the committee reported finding insufficient evidence to recommend for or against routine use of brief, formal screening instruments in primary care to detect speech and language delays in children aged 5 years and younger.

Although inconsistent study results rendered the USPSTF unable to develop a list of specific risk factors to guide primary-care providers in performing selective screening, the most consistently reported risk factors included family history of speech and language delay, male gender, and such perinatal factors as prematurity and low birth weight.

Providers need to rule out such causes of speech delay as hearing loss, developmental or neurologic disorders, genetic syndromes or illness. However, speech delay can occur without any known cause.

Verbal communication skills should be evaluated at each well-child visit, with the clinician asking questions about the child’s speech and language to determine whether normal milestones are being met. The clinician should listen for specific sounds and for sounds that are substituted, left off, added or changed.

Clinicians should advise parents or caregivers to read to the child, and help the child read aloud as well, if age-appropriate. Adults should urge the child to say what he or she wants rather than allow the child to grunt, point or use other forms of nonverbal communication.

All children will make normal sound errors as they grow, but by age 8 years, they should have no appreciable deficiencies when speaking.

A child should be referred to a speech-language pathologist when any of the following symptoms are noted: 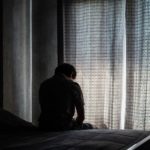