HealthDay News — Albuminuria is associated with cognitive impairment, dementia, and cognitive decline, according to a review published in the Journal of the American Geriatrics Society.

Marios K. Georgakis, MD, from the University of Athens in Greece, and colleagues conducted a systematic review to examine the correlation between albuminuria and cognitive impairment, dementia, and cognitive function. Data were included for 32 eligible studies.

“The stronger effects for vascular dementia and cognitive performance in domains primarily affected by microvascular disease support that the association could be mediated by shared microvascular pathology in the kidney and the brain,” the authors wrote. 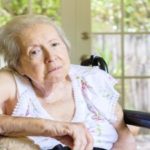