Isolated amyloid (A)β deposition and hippocampal volume atrophy represent viable biomarkers for predicting risk for cognitive deficits in elderly patients who do not have dementia, according to an analysis published in JAMA Neurology.

Dementia-free patients (n=175) from the Ginkgo Evaluation of Memory study were included in this analysis to evaluate long-term outcomes of patients >80 years old with neurodegeneration (ND), amyloidosis, or both. Of the included patients, 80% (n=140) had normal neurologic function and 20% (n=35) had mild cognitive impairment.

According to the researchers, the biomarker status of patients on inclusion in the study was unknown because of the long period of time between the initial cognitive assessment and imaging. In addition, this analysis was comprised of well-educated and mostly white patients, and therefore these findings may be difficult to generalize to populations that differ from the demographics presented in this study.

The investigators add that the results of this study, “support the hypothesis that Aβ remains functionally consequential in advanced aging and thus remains an important, if not sufficient, pathophysiologic process” for aiding risk prediction. 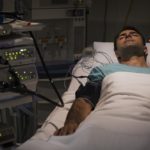